One of the highlights of the fire department is the Port Jervis Fire Department annual Fireman’s Day Parade, officially known as the “Inspection Day Parade”, it is the oldest continuous parade in the US.

For more than 165 years, on the streets of a small town, in the Hudson Valley region of New York, the Fireman’s Day Parade has taken place in the town of Port Jervis. July 2021 marked the 171st year fire companies from all over the region have marched through the streets of our town. With only 8,828 residents, the Port Jervis Volunteer Fire Department boasts 2.1% of all residents as members.

The parade consists of eight divisions and starts out at the intersection of Sussex and Ball Street and runs all throughout the city. The Port Jervis Fireman’s Day Parade is hosted on the first Saturday after the Fourth of July weekend. The lineup is at 1:00 pm and steps off at 2:00 pm. After the parade trophies are awarded for various categories. 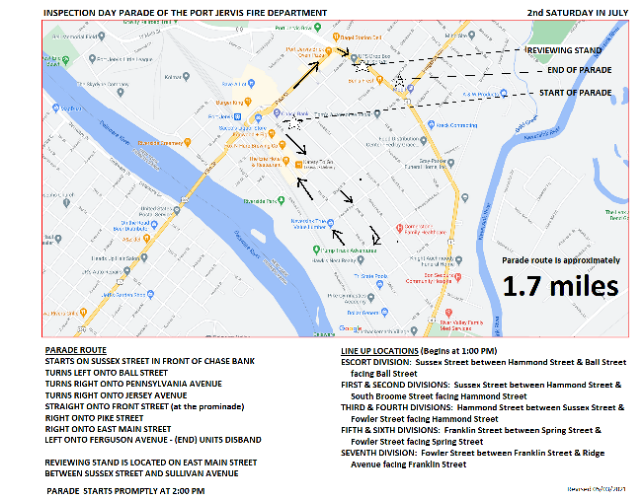